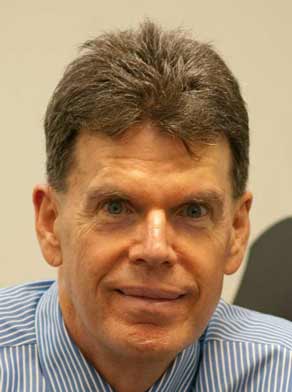 With a long established career in composition, Peter has attracted grants from the Canada Council, Ontario Arts Council and National Endowment for the Arts. His orchestra music has been commissioned/performed by the Cincinnati Symphony Orchestra, Virginia Symphony, Iceland Symphony and Orchestra London Canada.

He is a member of the Canadian Music Centre and Canadian League of Composers. https://www.peterware.com/ 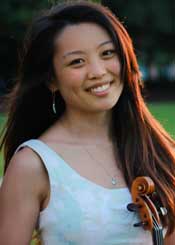 An international award-winner both as a violinist and composer, Alice Hong recently earned her Doctorate in Musical Performance at the University of Toronto under the private tutelage of Jonathan Crow, completing the degree in under two years. Experienced with a teaching range of beginner to college, Alice's students have matriculated at the Eastman School of Music and Yale University School of Music, and they have also won local positions and awards in Atlanta, Georgia such as a position in the Georgia All-State Middle School Orchestra, the Atlanta Symphony Youth Orchestra, and "Award of Excellence" At the Georgia Music Teachers Association Competition. She is experienced in prepairing students for Theory examinations and is also certified in the Suzuki Method from Pre-Twinkle to Book II.

Alice was featured on CBC’s 2018 edition of “30 Hot Classical Musicians Under 30” and has appeared as a composer-performer for the Atlanta Symphony’s Conversation of Note series with Robert Spano. As a violinist, Alice has toured with Lincoln Center Stage on Holland America Line cruise ship, with which she is performing in 28 countries through October 2019. She has performed with the Toronto Symphony Orchestra, Charleston Symphony Orchestra, and Kitchener-Waterloo Symphony as a substitute violinist and has performed her own compositions at the Kennedy Center in Washington, DC, Spoleto Festival USA, and Heifetz on Tour. As an avid chamber musician, Alice has performed alongside esteemed musicians such as James Ehnes, Frans Helmerson, Mihaela Martin, Jonathan Crow, New Orford String Quartet, and Barry Shiffman, among others. Her performances have been featured on CBC Radio, WABE 90.1 Atlanta and WSMR 89.9 Tampa.

How did Chopin summons those notes to the page? We read that “he locked himself in his room for days, pacing up and down, fits of inspiration, breaking pens . . .” But that doesn’t answer the question.

Composition stems from an easy use of harmonic progressions and a correlation with melody. Notice how the melody of Silent Night fits perfectly with the accompanying chord changes. Even musicians who do not read music can set text/words to a progression of chords.

However, a Chopin Nocturne or Beethoven Sonata involves significantly more. Classical compositions stem from the moving relationships of voices through harmonic progressions. Chords are turned inside out, upside down, harmonies are borrowed from different keys and modulations through various keys keeps the excitement flowing.

Melodies imitate and overlap one another in polyphony. Notice how the thematic idea in a Bach fugue is introduced by one voice, but then is heard in all voices and registrations.
- Lynn Ware

Nocturne composed and performed by 15 year old Eddie Zhang. Eddie studies composition with Peter Ware. He completed his theory requirements for his ARCT in Performance at Ware Academy of Music with a 96% average.

“Composition is my means of true self-expression: within the world of composition, I can do whatever I want to affect the listener. I also find that sometimes when I'm completely focused on composing something, everything else disappears, time ceases to exist, and the music seems to write itself. Besides, it is a truly wonderful feeling to be able to create something that no one has heard before. When I finish a piece, it gives me a sense of accomplishment that I've never gotten from anything else.”

Here's what I have regarding why I compose:

Composition is my means of true self-expression: within the world of composition, I can do whatever I want to affect the listener (and I'm always right). However, when performing another composer's music, I can only follow the score, or else the musical establishment will tell me "no, Beethoven didn't write that... Play all the chords exactly together... that kind of rubato isn't acceptable anymore... what, that's what you call an Adagio?" I also find that sometimes when I'm completely focused on composing something, everything else disappears, time ceases to exist, and the music seems to write itself. Besides, it is a truly wonderful feeling to be able to create something that no one as heard before, and when I finish a piece, it gives me a sense of accomplishment that I've never gotten from anything else.

After the completion of harmony, counterpoint, analysis and history, musicians arrive at a door of opportunity to enter the world of composition. It is a world of unlimited possibility where they can explore styles freely that spring from their own ideas to express passion, tenderness and humor.

But like all other musical pursuits, it is an “active state, meaning that the student must invest daily and weekly time to explore and develop different styles and ideas within themselves.

Composition is a path of self-discovery, sometimes involving a torturous “working out of details.” That is the artistic process - creativity.