Private or Virtual Online Piano Teachers.
Lessons in your Home! 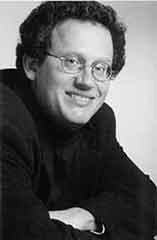 A native of Saskatoon, Dr. David Swan is a past winner of the Eckhardt-Granatté and CBC Talent Competitions. A concert pianist, he specializes in contemporary music, appearing regularly on New Music Concerts. He has performed concertos with the Montreal, Calgary, Quebec, Saskatoon and Winnipeg Symphony Orchestras. He has served eleven years as organist at St. Paul’s Presbyterian Church in Toronto. Dr. Swan brings a wealth of knowledge and understanding to lessons with over 30 years of piano teaching. 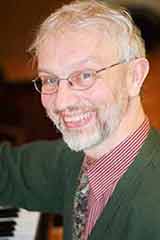 Drawing from a rich background, Paul Jessen earned his graduate degrees in Organ Interpretation. His early piano teachers in New Zealand included a “grand-student” of Anton Rubinstein and Dorothy Davies, a student of Artur Schnabel. He received his Associate and Licentiate performance diplomas from Trinity College in London followed by a B.M. in Music History and organ performance from Victoria University in New Zealand. Before McGill, he continued at North Germany Organ Academy and then expanded to early music at the Bremer Akademie für Alte Musik in Germany. In Toronto, Paul is the church organist and choir director at St. Matthew’s United and St. Clare’s Roman Catholic Church and conducts the Christie Gardens Retirement Community Choir. German, Friench. 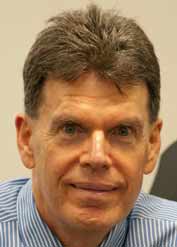 Lessons at Don Mills and McNicoll.
Peter’s student won 1st prize in the 2013 North York Music Festival in the Student Composer category (Eddie Zhang). He studied piano with Florence Robertson who studied with John Powell whose lineage can be traced back to Beethoven. At Yale, he studied with Krzysztof Penderecki, Toru Takemitsu and theorist Allen Forte (Schenkerian analysis). With 38 years of experience, he teaches all theoretical subjects for theory Examinations. Former faculty at Queen’s and Brock University, he taught at Northern Kentucky and the University of Cincinnati. Peter began his academic career at Queen's, Brock and Northern Kentucky Universities. He has been preparing students for Examinations in Theory, Harmony, Counterpoint and Analysis for over 45 years. He offers students an unparalleled knowledge and enthusiasm for the internal workings of music. Peter studied composition at Virginia Commonwealth University, the University of Cincinnati and Yale University. His principal teachers include Krzysztof Penderecki, Toru Takemitsu and theorist Allen Forte (Schenkerian analysis). As a young person, he studied piano with Florence Robertson in Beethoven's lineage. A top-notch pianist in Virginia, Robertson studied under John Powell, who in turn, studied with Liszt’s pupil F.C. Hahr and Leschetizky. Both Liszt and Leschetizky were students of Czerny, who was a student of Beethoven. 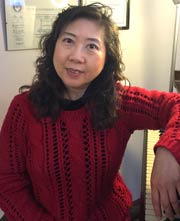 With over 25 years of teaching experience, She is certified in early childhood music education from the University of Toronto Institute of Child Study. She emphasizes the development of technical skills to support musicality, but adjusts her methods to realize the physical and emotional capabilities of the students. She likes to work in conjunction with parents and students in setting goals. Her students have won prizes in the North York Music Fesitval and Kiwanis. Cantonese, Mandarin & English 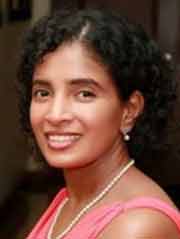 Deepani studied piano in Sri Lanka, Italy, the UK and Canada.  Winner of 2 Bach prizes at RCS, she began teaching to assist  her mother’s piano teaching practice. She has performed with Glasgow Chamber Orchestra in Scotland and over RAI 3 Classical music station in Rome, Italy.  Deepani teaches beginners to ARCT to students of all ages.  Her students have gone on to become high school music teachers. 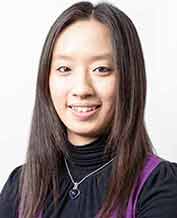 With a master’s degree in music education, Shih Ren is involved with special needs education, focusing on music appreciation.  Her lessons are built upon patience, kindness and flexibility to accommodate personal abilities.  She has 15 years of teaching experience and her students participate in festivals and examinations. She accompanies voice, flute and violin students in school concerts, festivals and Performance Examinations.  Shih Ren is a supply teacher for the York Region and York Catholic District School Boards. Cantonese, Mandarin & English

Eric has been teaching piano and theory part-time since 2009. While he teaches all levels, he specializes in teaching Gr. 5 through ARCT, and Harmony. Eric aims to bring the best out of every student, while instilling in them a balanced love for music. Eric studied piano with Gloria Saarinen and Professor Xak Bjerken at Cornell University.

As winner of the 2011 Cornell Concerto Competition, he performed with the Cornell Symphony Orchestra. He won 1st prize at the 2007 CMC National Finals and 2nd prize at the 2009 CFMTA National Piano Competition. He embarked on a 6-city concert tour of Ontario as ORMTA's 2007 Young Artist of the Year. 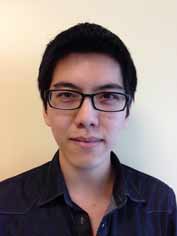 Mr. Wu encourages students to attend festivals, examinations, competitions and to perform on recitals at Ware Academy of Music. He believes a genuine love of music is the initial impetus to creating beautiful tone and technical proficiencies. His lessons engage beginners with fun and entertaining musical activities including duet playing. Mandarin & English 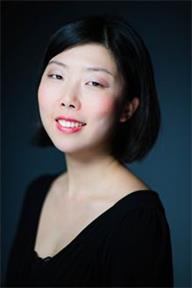 Canadian soprano Emily Ding earned her Master of Music degree in Voice Performance from McGill University in 2009 and her Bachelor of Music from University of Toronto in 2007.
She excelled in competition winning in the NATS (National Association of Teachers of Singing), Kiwanis Toronto and CMC 2008 (1st place, Canadian Music Competition). In Toronto, Ms. Ding has performed in Glen Gould Studio, George Weston Recital Hall and Richmond Centre for the Arts.

Ms. Ding is a soloist and choir member of Toronto's Cantabile Chamber Singers and vocal coach for the Toronto Chinese Choir. She enjoys teaching piano (beginner to grade 6) and will incorporate singing into the lesson for young children. See her Class for Children. 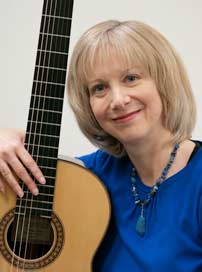 Before enrolling in piano lessons, please realize that students will need a piano to practice on to ensure progress between lessons. A piano keyboard is an inexpensive option for uncertain parents, but unless the keys are weighted, the student will not build strength in the hands. As students become more committed to learning, parents will need to invest in a piano. If you are a new student or immigrant, Ware Academy does rent piano practice rooms to students enrolled in lessons.

Children generally begin piano lessons at age 5. If the child can play three consecutive black keys with index, middle and ring fingers, their hands are ready to go. There are no free piano lessons at Ware Academy, but parents can schedule a one-time “trial” piano lesson to determine if a child is mature enough to begin.

For young students, parents play an essential role in organizing of daily piano practice time. Like overseeing homework, parents can keep an “ear tuned” and read/remind the child of the teacher’s comments. Scolding is not the best approach, but posing a question: “what did the piano teacher say about that?” might be effective.

Many a piano student/parent express a desire to “skip” levels of performance examinations. There is little advantage to this. Finances should not be a factor in choosing how to nourish a child’s ability and talents. Performance levels are progressive in terms of technical skill and ear training requirements which are essential to musicianship. Exposure to repertory at all levels is essential. Talented students take exams quickly and benefit from the levels.

Staff will select an appropriate piano teacher and lesson duration for new students. Specific piano teachers are available only on certain days with limited openings. In terms of lesson duration, for a student 10 years old to adult (technically a late beginner) and very eager to learn, I recommend a 45 minute piano lesson building to one hour. Attention span and expectation increases with age as well as a desire to play more sophisticated music, not “baby songs”. By Performance Level 5 level, all students should have 45-60 minute lessons to support interest and examination requirements.
- Lynn Ware

Winner Ethan Chen 14 Years old on Piano with the Etobicoke Philharmonic Orchestra! Ethan won at the President's Trophy Competition on Feb.28, 2014, at the Toronto Centre for the Performing Arts, with $1000 Scholarship Award! Ethan performed Schumann Piano Concerto Op.54 in A minor and won First place at the Kiwanis Open Class for professionals advanced to provincial round! Congratulations Ethan, for winning the Gold medal for your LRCM in Piano Performance!

Grade 5 Student in performance of Sonatina in C Major, Op 36, No.3 by Muzio Clementi