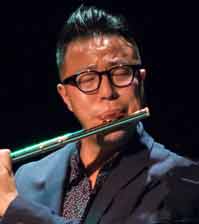 Described as “imaginative and magical”, flutist Terry Lim is a charismatic performer with a colourful tone and brilliant artistry. He received his Bachelor of Music degree with an international soloist, Lorna Mcghee, at the University of British Columbia and completed his Master of Music degree at New York University with a renowned flutist, Bradley Garner. Terry has performed in various music festivals and concert series across North America, including Domaine Forget, Orford, Toronto Summer Music Festival, Banff Centre and Pierre Monteux and graced stages including the Chan Center, Kimmel Center, Carnegia Hall, DiMenna Center, Alice Tully Hall, and Merkin Hall. Terry was the principal flute of the Vancouver Metropolitan Orchestra and Burnaby Symphony Orchestra as well as a former faculty member at the UBC Summer Music Institute and New York University.

Studying music increases the mind's ability to imagine, think creatively, problem solve, multi-task, coordinate actions of the mind and body, and heighten one's attention to detail. These skills are highly valued in the modern workforce. As a passionate teacher, Terry offers students a mature, patient approach, emphasizing communication with parents toward an understanding of fundamentals and specific goals. As artistic and executive director of “Project Infinity,” he presents innovative chamber music showcasing young upcoming musicians and composers for whom he has given world premieres of works written specifically for him. English & Korean

Flute Ensemble is open to flutists of all ages whom are interested in strengthening their skills on the flute as well as playing in the ensemble. Students will experience a supportive, non-competitive environment for music making and meet fellow musicians who share a love of flute playing. They will have the opportunity to be coached in their individual playing as well as in an ensemble.

Young students learn to play chamber music, blended with friendship and a love of flute playing in a non-competitive environment. Students must commit for a term (September through December or February through June) and may not miss more than one rehearsal per month or term end concert. Two or more years of school band or 1 year of private instruction are required.

Congratulation to James Yuan for Winning tHe Gold Medal for his Level 9 Flute Performance Examination! 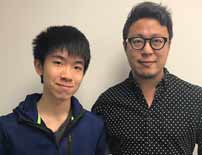 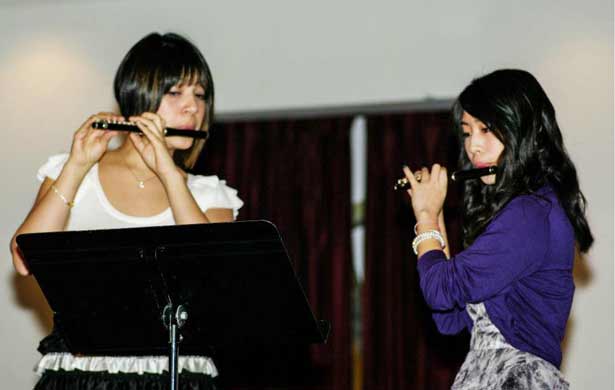